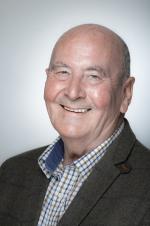 Dennis was re-elected as an independent councillor for Redbourn Parish Council in May 2019.

He has been a councillor for Nicholls ward since 2015

Dennis is a member of the following:

"I was born in Redbourn in 1946 in Lamb Lane in a cottage now demolished. We eventually moved to Lybury Lane and I lived there until joining the Army in 1965. The same year I married my wife, whom I met aged 13 at the Sunshine Corner youth Club, now the home of the Drama Club.

I came back to Redbourn after leaving the Army and had a few jobs in and around the security work, plus I joined the Redbourn Fire Service, I moved into security training travelling around shopping centres on the M25.

When I retired, I got involved in the village by way of becoming fire officer for the Village Hall. Also, the Care Group at the suggestion of my brother in law Peter (Podger) Fox, I was for some time bus manager and over saw the arrival of the new bus.

I got involved in our parish council as I am very passionate about all things Redbourn and The Common, is a gem of a place to walk and see great cricket. As I have lived in Redbourn a great deal of my time I have seen a lot of changes from when I was a lad, I loved going to watch the blacksmith working in his forge now New Forge Place,

The High Street was so busy before the M1 and our by-pass, you could not get across for all the lorries and cars. Shops and pubs that have now all gone were sufficient for all our needs."