North Common looking out to the avenue of trees at the junction of Lords Meadow, Methodist Church.

The Common is a very large area of open grassland in the centre of Redbourn located between the High Street and the old village centre at Church End. It is owned by Redbourn Parish Council and carefully managed and maintained in such a way so as to provide a habitat that encourages the survival of a diverse range of animals and plants. This is particularly important as Redbourn Common still has areas of rare wildflower meadows of which now only 3% still remain in the UK.

The people of Redbourn are very proud of our magnificent common and it has been at the heart of village life for hundreds of years. In medieval times, it contained the "Mounds of the Banners", thought to be the grave of St Amphibalus, the priest who converted the Roman soldier who later became St Alban to Christianity. The mounds were excavated in 1178 and the bones, believed to be that of the saint, conveyed to the Abbey in St Albans with great reverence and ceremony. 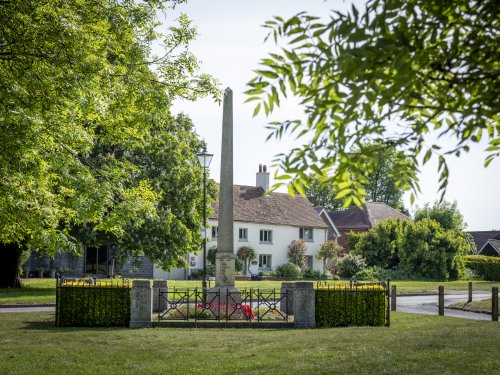 As recently as the beginning of the 20th century Redbourn Common was still used for grazing horses, sheep and goats. Ducks and geese wandered freely and it provided the perfect location for Redbourners to hang their washing out to dry! Other uses include a 9 hole golf course and a rifle range to train the troops in the First World War.

A war memorial commemorating the fallen from the village now stands at the top of the Common and a remembrance ceremony takes place there every year.

The main use of the common nowadays is recreational. It is ideal for walking, cycling, running and scooting around. There's plenty of space for an impromptu game of football or rounders and it a great location for family picnics, especially with the playground on East Common 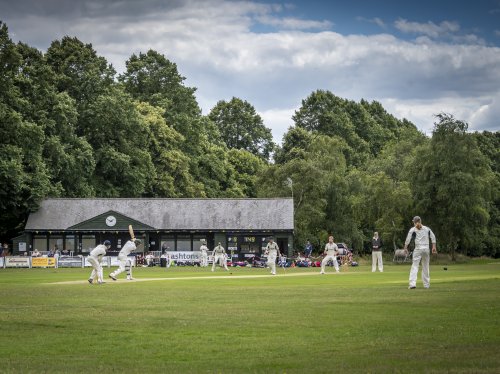 Redbourn Common is also host to many events throughout the year like Redbourn Fete Du Velo, a sporting event which attracts cyclist from miles around to compete in various races around the common. There is also the popular Redbourn Classics Motor Show and Village Fete which takes place in September, as well as the Fireworks display in November. And in 2019 we had the inaugural Redbourn Conkerthon organised by Active in Redbourn!

Since the 1930s we have lost 97% of our wildflower meadows as a result of large areas of land being developed for housing and changes in farming practices. This makes wildflower meadows like ours on the Common one of the rarest habitats in the UK.

Losing our wildflowers has a real impact on the food we eat as they provide shelter and food for important pollinators like bees which play a vital part in supporting the ecosystem.

This is why Redbourn Parish Council is working closely with Countryside Management to ensure we are doing all that we can to care for and protect these wildflower meadows. 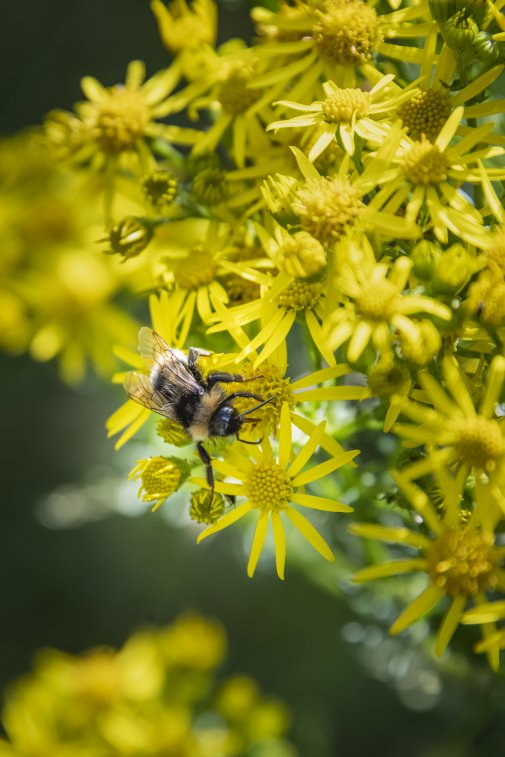 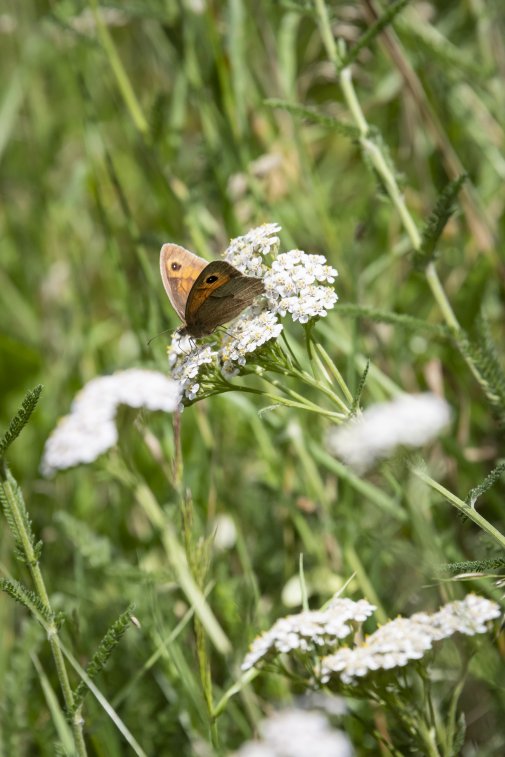 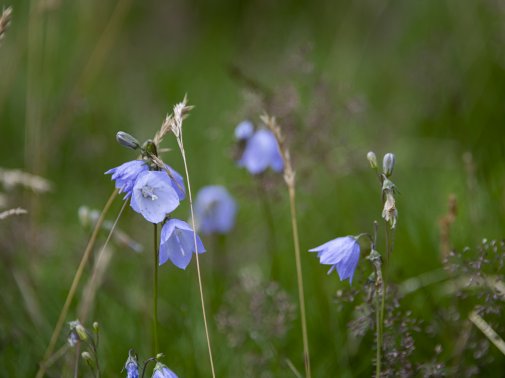 Our wildflower meadow in Redbourn is currently home to harebells, cow parsley, thistles and yellow rattle. The latter being particularly significant as over time it suppresses grass growth thus encouraging a wider range of new and varied wild flowers to develop over following years. This in turn means more diversity attracting more bees, butterflies, birds, animals and other insects.

At the Southern end of the common is an area known as "The Moor" easily recognised from a distance by the mature weeping willow trees . At one time there was a lake here which froze over providing winter skating opportunities for Redbourn inhabitants . The River Red flows through the moor and is home to all sorts of mini beasts, water fowl and plants. It's a favourite place for children to come pond dipping and paddling. 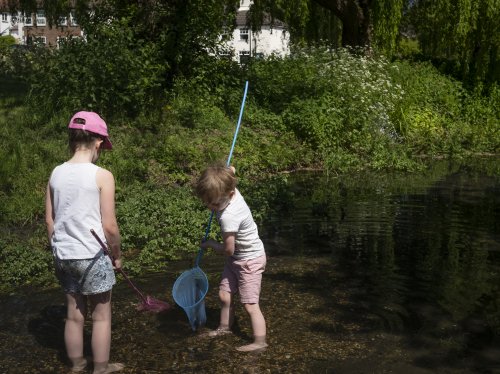 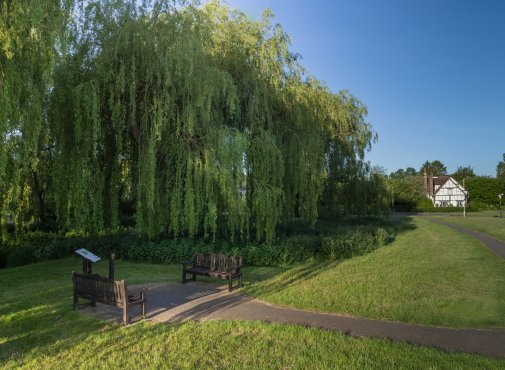 Weeping Willows along the River Red at The Moor, Chequer Lane 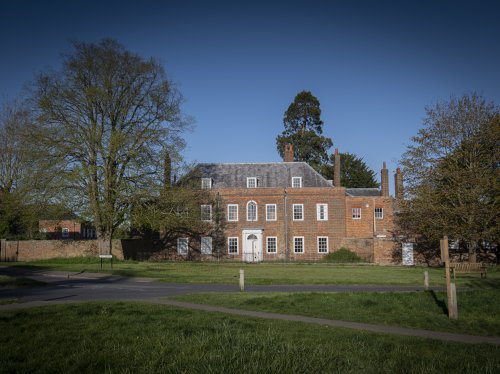 At the Eastern end of Redbourn Common stands the very grand Georgian building called Cumberland House, a hunting lodge built around 1745 by Prince William the Duke of Cumberland, notoriously known as "Butcher Cumberland". He earned the nickname for the role he played in suppressing the Jacobite Rising at the Battle of Culloden in 1746. Not satisfied with victory on the battlefield alone, the Duke sent his troops out to destroy all life in the Highlands, burning villages to the ground, killing or imprisoning the inhabitants and stealing the livestock. Effectively wiping out the Highland communities physically, economically and spiritually and thus the uprising with it.